Vehicular UIs can be dangerously bad

When someone is in control of a vehicle, the primary thing they have to do is control the vehicle.

In aviation there's a popular phrase, "Aviate, Navigate, Communicate". This is the things a pilot must do, in order of priority:

A famous example of failure to follow the established aviation priorities is the crash of Eastern Airlines Flight 401. In December 1972, the crew of a Lockheed L-1011 TriStar became focused on the malfunction of a landing gear posi on indicator light for the nose gear. The plane subsequently descended into the Everglades northwest of Miami, killing 101 of the 176 people on board. -- Fly the Aircraft First, FAA, 2016

As we have more and more computers distracting us from flying or driving or whatever, it becomes critical to shut out those that aren't important. This is why Apple are building Do Not Disturb While Driving into iOS 11, for example.

As vehicles get more software-ized, it becomes important to consider that one errant light, ding etc. at the wrong time could literally be the difference between life and death. And in general, anything that considers itself to be the software industry isn't ready for this responsibility.[1]

If my car thinks I'm in danger, it flashes a red warning (with a "ding!"). Reflexively, I look at it - and away from the danger on the road.

"Distance!" it warns, as I brake hard while looking down instead of the car that just cut in front of me.

When I saw the above tweets by Adrienne Porter-Felt the other day, I thought "my goodness that's horrible," followed by "at least my car doesn't do that."

It turns out I was wrong. My entire drive home this afternoon I had an absolutely critical warning flashing every few minutes, distracting me from the road to glance at the dashboard.

Want to guess at what the Very Highly Important alert was that my car was trying to warn me about?

Tag: Development, UI
The link has been Copied to clipboard!
Newer post 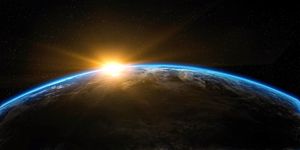 The downside of working in a global company