Let's say we want to draw a custom view on iOS. This is usually where you we jump straight into Core Graphics and override - (void) drawRect:, or in Swift 3, draw(_ rect: CGRect).

(I'm going to use Swift 3 for this blog post as this is what I was using when I stumbled across this issue, as a learning exercise. I'm sorry if this blog post no longer compiles in another 9 months time.)

I've discussed it at length with other developers and looked at it upside down, but I'm 100% certain that iOS is drawing arcs backwards.

Let's start by looking at the foundations here provided by Core Graphics. The first thing we need to understand is the coordinate system.

The second thing we need to understand is how circles and arcs are drawn. Again, this is well-defined by Apple's documentation[2] as being in radians, measured clockwise, with 0 being the right-hand side of the circle, as shown by Figure 2-2. 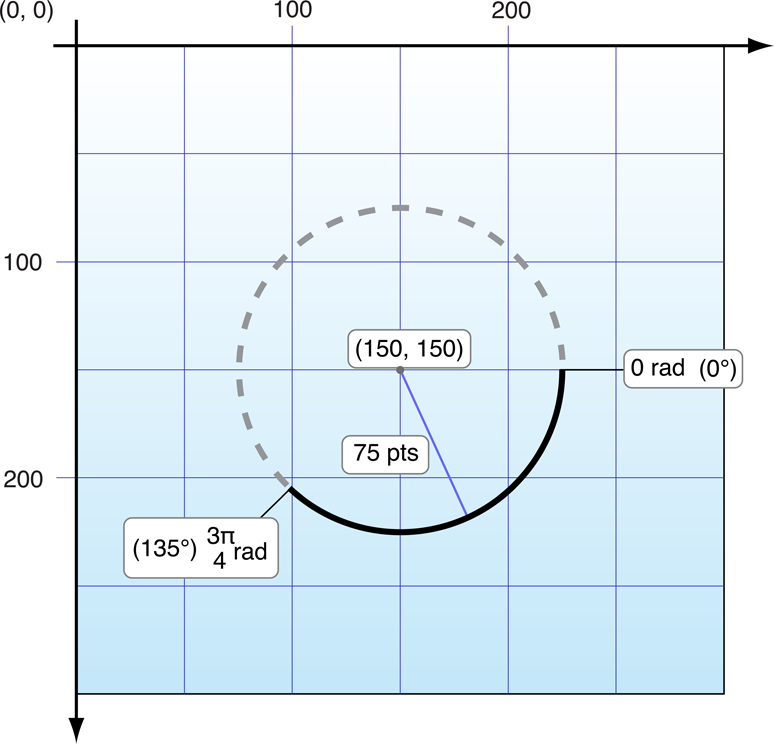 Furthermore, immediately above this diagram, Apple state that:

The sample code that Apple provide uses the value of 0 for the start angle, DEGREES_TO_RADIANS(135) for the end angle, and YES for clockwise (in Objective-C).

We can replicate this perfectly in a custom view by drawing with those same values: 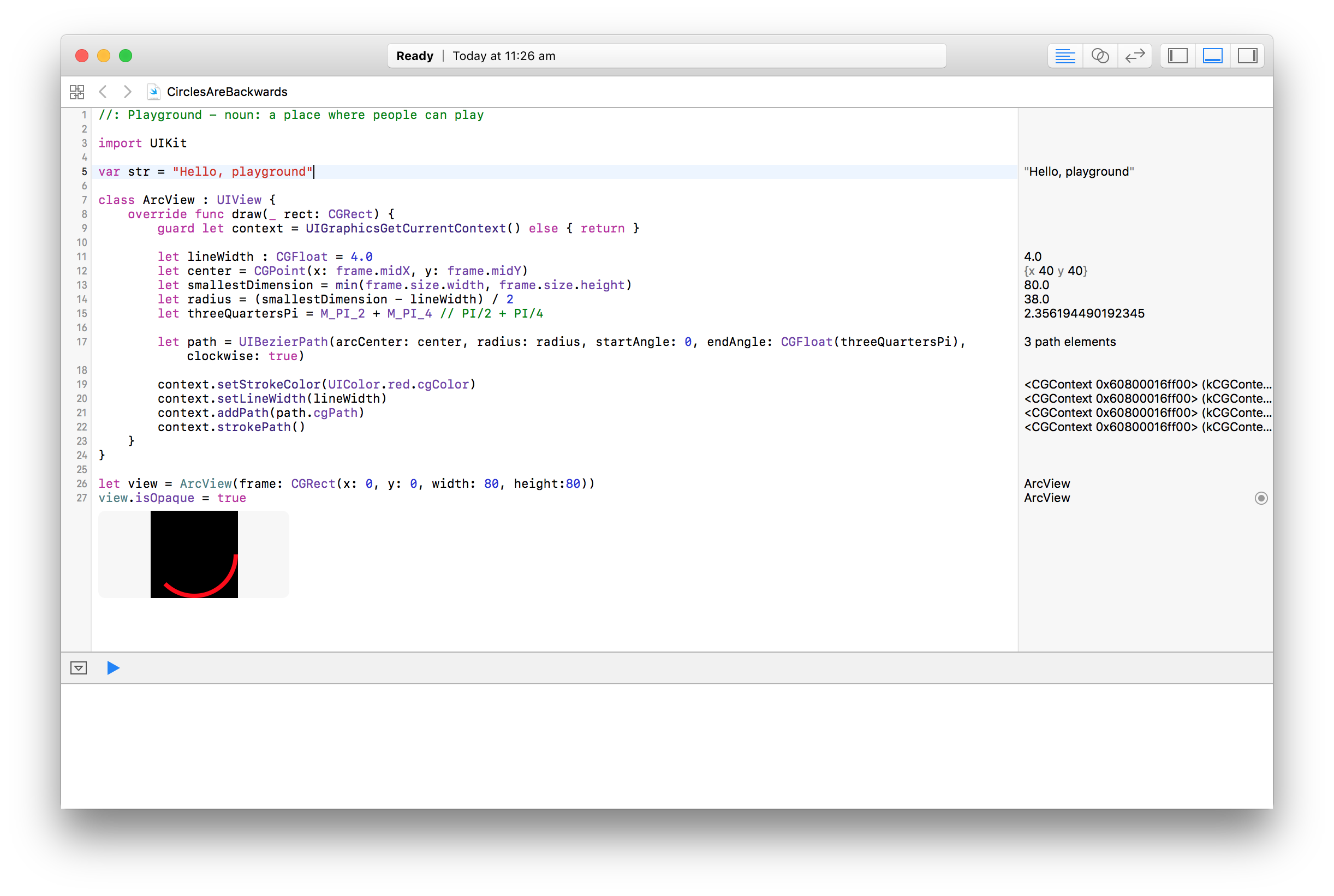 However, if we replace UIBezierPath with a custom-built CGPath, things go backwards: 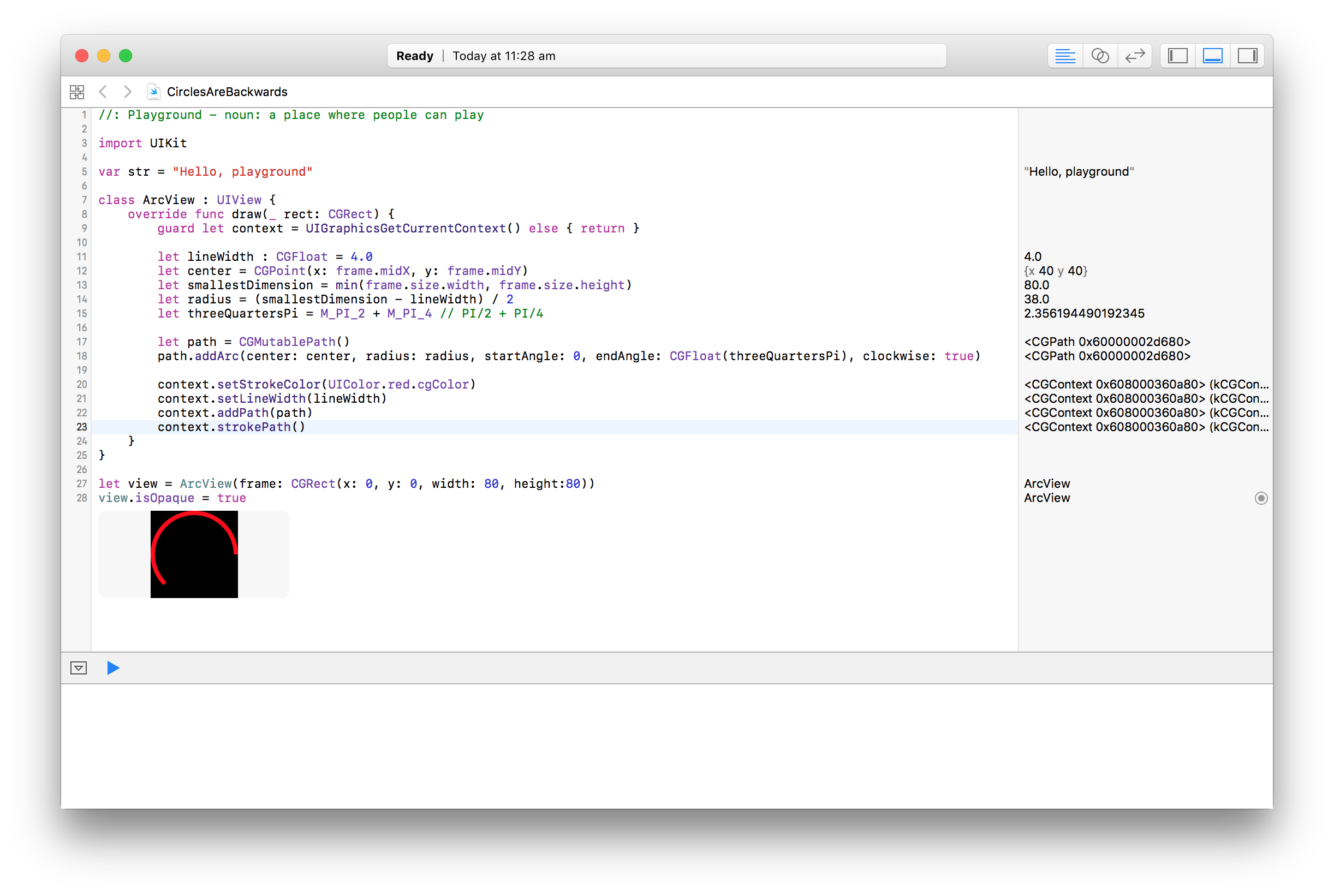 The only way to get the CGPath path to match the UIBezierPath path is to either: 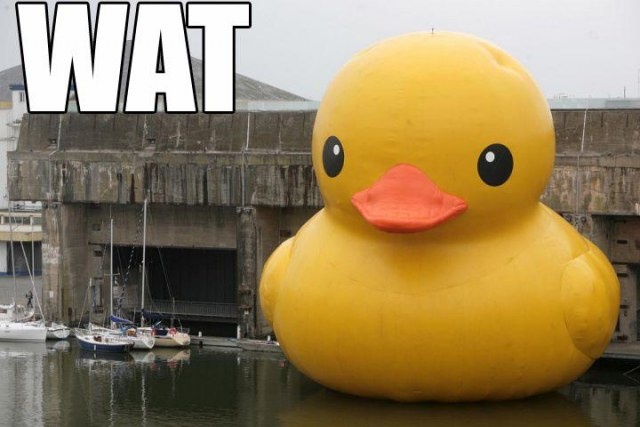 I've uploaded a playground you can use to play around with the values, but there are only two options I can see where any of this makes sense:

Tag: Development, iOS, Core Graphics
The link has been Copied to clipboard! 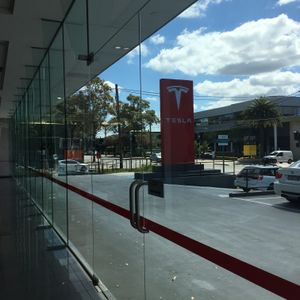 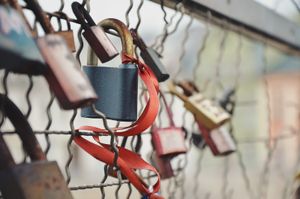